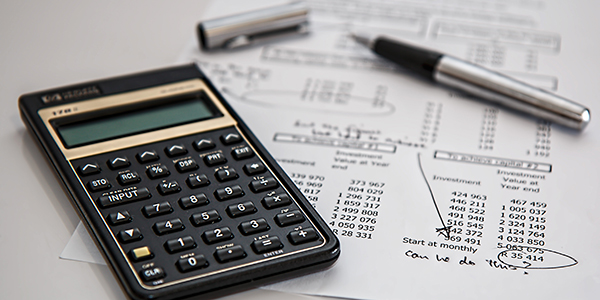 The marriage allowance permits certain couples, where neither pays tax at more than the basic rate, to transfer 10% of their personal allowance to their spouse or civil partner.

The basic rate of tax is currently 20%. The band of income taxable at this rate is £34,500 so that the threshold at which the 40% band applies
is £46,350 for those who are entitled to the full personal allowance. Additional rate taxpayers pay tax at 45% on their income in excess of £150,000.

The tax on income (other than savings and dividend income) is different for taxpayers who are resident in Scotland to taxpayers resident elsewhere in the UK. The Scottish income tax rates and bands apply to income such as employment income, self-employed trade profits and property income.

In the 2018/19 Scottish Budget, the Finance Secretary for Scotland introduced five income tax rates as shown in the table of rates at the end of this summary. The income tax rates range between 19% and 46%. Scottish taxpayers are entitled to the same personal allowance as individuals in the rest of the UK.

The government has announced that for 2019/20 the basic rate band will be increased to £37,500 so that the threshold at which the 40% band applies is £50,000 for those who are entitled to the full personal allowance. The additional rate of tax of 45% remains payable on taxable income above £150,000.

The Scottish Government will announce the Scottish income tax rates and bands for 2019/20 in the Draft Budget on 12 December 2018.

Dividends within the allowance still count towards an individual’s basic or higher rate band and so may affect the rate of tax paid on dividends above the Dividend Allowance.

To determine which tax band dividends fall into, dividends are treated as the last type of income to be taxed.

The Savings Allowance, which was first introduced for the 2016/17 tax year, applies to savings income and the available allowance in a tax year depends on the individual’s marginal rate of income tax. Broadly, individuals taxed at up to the basic rate of tax have an allowance of £1,000. For higher rate taxpayers the allowance is £500. No allowance is due to additional rate taxpayers.

Some individuals qualify for a 0% starting rate of tax on savings income up to £5,000. However, the rate is not available if taxable non-savings income (broadly earnings, pensions, trading profits and property income less allocated allowances and reliefs) exceeds £5,000.

Rent-a-room relief gives relief from income tax for up to £7,500 of income to individuals who let furnished accommodation in their only or main residence. Following consultation on the draft legislation and to maintain the simplicity of the system, the government will not include legislation for the shared occupancy test. The government will retain the existing qualifying test of letting in a main or only residence.

Draft legislation has been issued which simplifies the donor benefits rules that apply to charities who claim Gift Aid tax relief on donations. From 6 April 2019 the benefit threshold for the first £100 of the donation will remain at 25% of that amount. For gifts exceeding £100, charities can offer benefits up to the sum of £25 and 5% of the amount of the donation that exceeds £100. The total value of the benefit that a donor can receive remains at £2,500.

The Gift Aid Small Donations Scheme (GASDS) applies to small charitable donations where it is impractical to obtain a Gift Aid declaration. GASDS currently applies to donations of £20 or less made by individuals in cash or contactless payment. The limit will be raised to £30 from 6 April 2019.

Following the recommendations of the independent Low Pay Commission (LPC), the government will increase the NLW by 4.9% from £7.83 to £8.21 from April 2019.

The government will also accept all of the LPC’s recommendations for the other NMW rates to apply from April 2019, including increasing the rates for:

The government has announced that the amount that households with children and people with disabilities can earn before their Universal Credit award begins to be withdrawn – the Work Allowance – will be increased by £1,000 from April 2019.

In addition the government has listened to representations made by stakeholders on Universal Credit, and has announced a package of extra support for claimants as they make the transition to Universal Credit.

This site uses cookies which are small text files that are placed on your machine to help the site provide a better user experience. In general, cookies are used to retain user preferences, store information and provide anonymised tracking data to third party applications such as Google Analytics. As a rule, cookies will make your browsing experience better. However, you may prefer to disable cookies on this site and on others.

Cookies are not unsafe or in themselves a threat to your online privacy as we don't store sensitive information such as contact details or payment information, but recent legislation requires that website owners give as much information as possible about cookies used on a website and clear instructions how to refuse them, should you so choose. If you do choose not to allow cookies, please be aware that this site may not be fully functional.

These cookies are important for allowing your website to operate effectively and as such will be enabled by default. Please note that these cookies do not gather information about you.

As the site is developed via WordPress, there are plugins which create cookies that help with website performance and security.

WordFence is a security plugin used by WordPress to block malicious attacks made to the website. More info on the cookies they set can be seen here.

We use Google Analytics software (Universal Analytics) to collect anonymised information about how you use . We do this to help make sure the site is meeting the needs of its users and to help us make improvements. Our analytics service provider's policy can be viewed here.

If you wish to opt-out of Google Analytics completely regardless of the website you are on, please visit the following link here to install an addon within Google Chrome's browser to disable Google Analytics.

You can use your browser settings to set whether cookies are enabled or not. Please bear in mind that doing this can have an adverse effect on how the website performs.