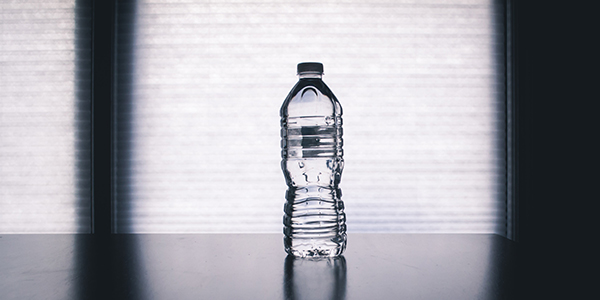 The legislation does not apply to corporation tax or where HMRC has received information from another tax authority under automatic exchange of information.

The potential extension of time limits will apply from the 2013/14 tax year where the loss of tax is brought about by careless behaviour and from the 2015/16 tax year in other cases. The amendments will have effect when Finance Bill 2018-19 receives Royal Assent.

Taxpayers are required to submit tax returns by specified dates. When taxpayers submit their returns late they generally incur a penalty. Draft legislation has been issued which sets out a new points-based penalty regime for regular submission obligations. Returns have to be submitted more frequently in some circumstances. Depending on the frequency of the return submission obligation, a defined number of penalty points will accrue to a threshold. Once this threshold has been reached, a fixed penalty will be charged to the taxpayer.

After this, each late submission will attract a fixed penalty, until the taxpayer meets all submission obligations by the relevant deadline for a set period of time. Once this happens, and a taxpayer has provided any outstanding submissions for the preceding 24 months, the points total will reset to zero. Points will generally have a lifetime of 24 months after which they expire, so if a taxpayer accrues points but does not reach the threshold, the points will expire after 24 months. Taxpayers will have a separate points total per submission obligation.

Penalties for late payment of tax

Draft legislation has been issued to harmonise the late payment penalty regimes for income tax, corporation tax and VAT. Late payment penalties are charged when customers do not pay, or make an agreement to pay, by the date they should, and do not have a reasonable excuse for the failure to do so.

Draft legislation has been issued to change the VAT interest rules so that they will be similar to those that currently exist for income tax and corporation tax.

The provisions are expected to take effect for VAT returns from 1 April 2020.

As part of the government’s response to tackling plastic waste, the following announcements were made:

This site uses cookies which are small text files that are placed on your machine to help the site provide a better user experience. In general, cookies are used to retain user preferences, store information and provide anonymised tracking data to third party applications such as Google Analytics. As a rule, cookies will make your browsing experience better. However, you may prefer to disable cookies on this site and on others.

Cookies are not unsafe or in themselves a threat to your online privacy as we don't store sensitive information such as contact details or payment information, but recent legislation requires that website owners give as much information as possible about cookies used on a website and clear instructions how to refuse them, should you so choose. If you do choose not to allow cookies, please be aware that this site may not be fully functional.

These cookies are important for allowing your website to operate effectively and as such will be enabled by default. Please note that these cookies do not gather information about you.

As the site is developed via WordPress, there are plugins which create cookies that help with website performance and security.

WordFence is a security plugin used by WordPress to block malicious attacks made to the website. More info on the cookies they set can be seen here.

We use Google Analytics software (Universal Analytics) to collect anonymised information about how you use . We do this to help make sure the site is meeting the needs of its users and to help us make improvements. Our analytics service provider's policy can be viewed here.

If you wish to opt-out of Google Analytics completely regardless of the website you are on, please visit the following link here to install an addon within Google Chrome's browser to disable Google Analytics.

You can use your browser settings to set whether cookies are enabled or not. Please bear in mind that doing this can have an adverse effect on how the website performs.

As a valued member of our community, we appreciate the trust you place in us to make sure all your critical services continue.

We are committed to an evidence-led and common-sense approach to containing the coronavirus outbreak and mitigating its impact on employees, customers and our wider business operations.

Please be assured we are preparing for our services to continue as normal. We have business continuity plans in place to minimise the risk of infection and make sure we can continue to deliver a business-as-usual service to our customers should an infection occur at an office. These include implementing clear guidelines for employees, providing support and advice for anyone who needs to self-quarantine, and issuing guidance on following safe hygiene practices across the organisation.

You can find further information on Covid-19 below to keep you updated: